You are here: Home / Fires/Accidents/Disasters / Child dead, 7 others injured in Plymouth County accident 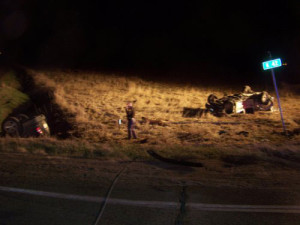 Investigators are trying to determine the cause of this accident that left a child dead and 7 people injured.

A nine-year-old boy was killed and seven people were hurt in a two-vehicle accident in rural Plymouth County Sunday night. Authorities say Adan Perez-Antonio of Sioux City was pronounced dead at the scene.

Another child victim was transported by a medical helicopter to Mercy Medical Center in Sioux City with life-threatening injuries.

The other six suffered various injuries and were transported to Floyd Valley Hospital in Le Mars. The accident is still under investigation, but the two vehicles, a 2005 Chevy Colorado pickup truck and a 2006 Ford Explorer, collided at an intersection. Both vehicles were in the ditch upside down.