You are here: Home / Agriculture / Grimes woman documents women in agriculture through photos 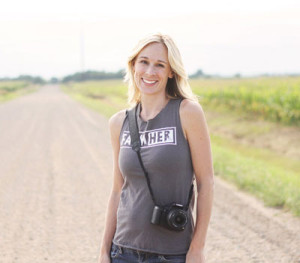 A central Iowa photographer is using her talents to document the important role that women play in agriculture. Marji Guyler-Alaniz launched the Farm-Her organization and website in 2013. The Grimes resident takes photos of women farmers and ranchers as they go about their daily chores.

“In a way, it empowers them to say there’s all these other people out there like you and you are a super important part of agriculture…and of your farming operation or ranching operation and let’s shine a light on that,” Guylur-Alaniz says. The latest Census data shows women are the principal operators of roughly 14-percent of the farms in the U.S. That’s up from 5-percent in the 1980s.

Guyler-Alaniz hopes her photos will inspire more young women to become farmers and ranchers. “We think about ways to bring young people into agriculture, into actively farming and ranching, showing them that there are already women in these super strong roles is a really, really important thing,” Guylur-Alaniz says. Back on March 18th, Guylur-Alaniz was in Washington, D.C. as a FarmHer photo exhibit was featured at a National Ag Day event.