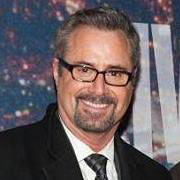 Kroeger told a crowd of supporters gathered at a community theater in Cedar Falls that the Democratic Party has lost its way and it’s time to bring back “progressive Iowa values.”

“And those values were hard work, uncompromised justice, commitment to education, stewardship of our environment and respect for the men and women who farm this land,” Kroeger said.

Kroeger is running in the district now represented by first-term Congressman Rod Blum, a Republican from Dubuque. Kroeger last night said Republicans who were elected in 2014 are afflicted with what he called “austerity fever” that will diminish the country’s investments in key areas, like education.

“Last year a new, a different definition of ‘Iowa Values’ swept in Washington,” Kroeger said. “They were the Rob Blum and Joni Ernst values that prioritize profits and margins over workers’ rights and wages.”

Kroeger will face at least two other Democrats in a 2016 Primary. Cedar Rapids City Councilwoman Monica Vernon, who ran for the seat in 2014 and finished second in that year’s five-person Democratic Primary, announced in January that she’ll run again in 2016. She has raised $300,000 for her campaign in the first three months of this year. Twenty-nine-year-old Ravi Patel — the president of a family owned hotel business — announced his intentions to seek the first district congressional seat in mid-February. Patel, who is also from Cedar Rapids, raised about $525,000 in the first quarter.

Kroeger, the new entrant in the race, grew up in Cedar Falls and was part of the Saturday Night Live cast from 1982 through 1985. He was best known for portraying Walter Mondale.