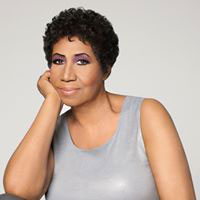 A free concert on the Fourth of July in northwest Iowa will feature the Queen of Soul. Organizers of “Saturday in the Park” at Grandview Park in Sioux City revealed today that Aretha Franklin will coheadline this year’s event.

The other headliner is rock band Foster the People, perhaps best known for their 2010 hit “Pumped Up Kicks.”

This marks the 25th year for the Saturday in the Park Music Festival. Other acts announced today include Gogol Bordello and North Mississippi Allstars. Organizers plan to announce three more acts at a later date. Admission to the festival is free. The event runs from noon to 10:30 p.m. on July 4. This year’s presenting sponsor of the show is the Hard Rock Hotel and Casino.