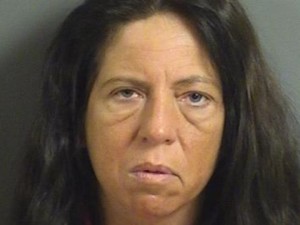 The charges stem from an incident in late February in which police allege Johns intentionally burned her 10-year-old daughter in the face with a cigarette and inflicted other physical abuse. Police also claim Johns used illegal drugs in the presence of her daughter.

Johns’ husband, 48-year-old Kenneth Johns, was arrested in early March after allegedly kidnapping the girl from a home in Solon.