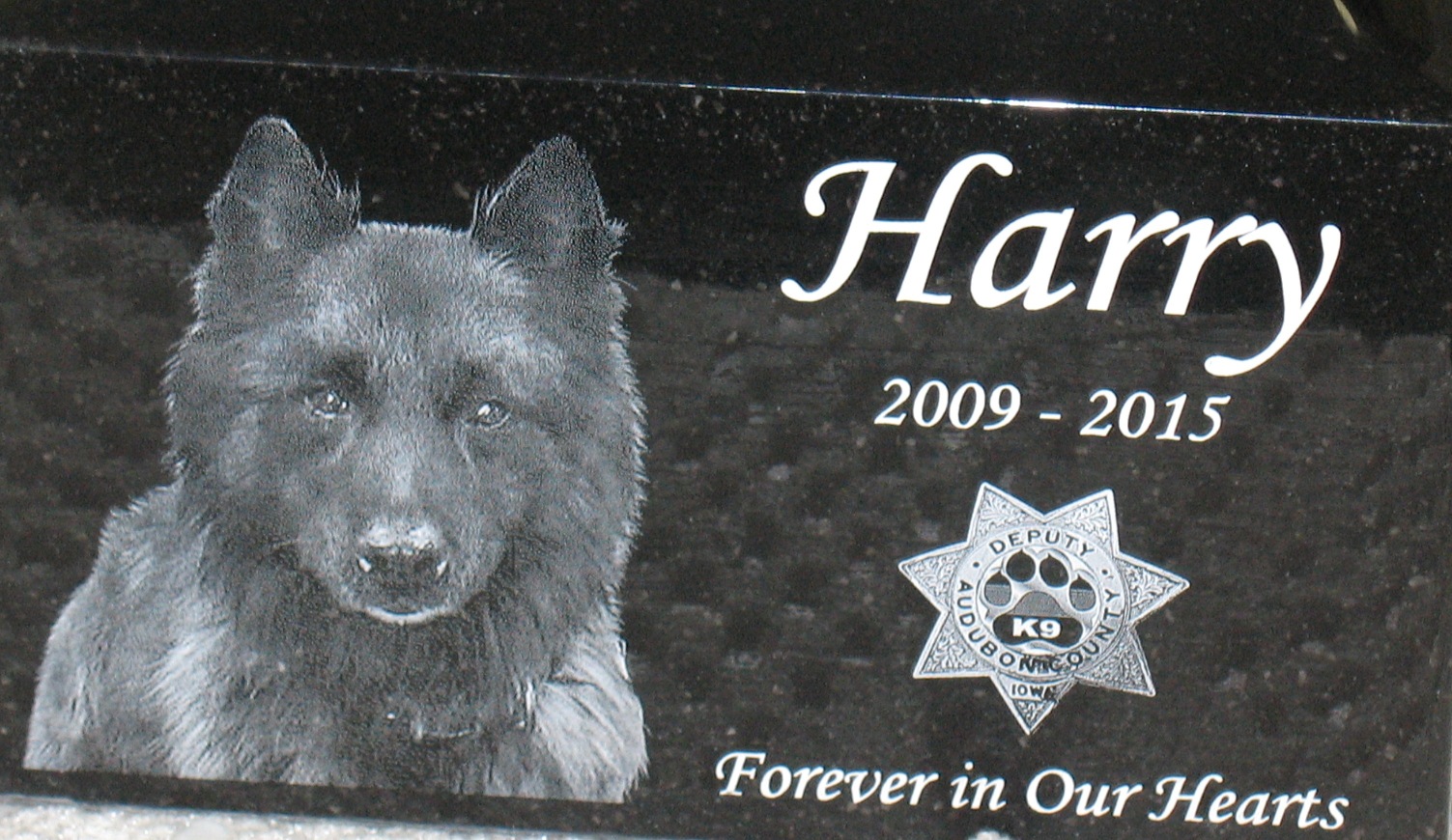 Law enforcement officers from across the state met in Audubon last night to take part in a memorial service for a police dog that died following a crash last month.

Harry had to be euthanized following the accident on Interstate 80 as his handler responded to a call. Audubon County Sheriff Todd Johnson says Harry came to the department in 2010 as a one-year old, and provided superb service.

“Harry was exceptional at narcotic detection,” Sheriff Johnson says. “Instead of biting and scratching like most canines, when he’d find narcotics, Harry would sit and look at his handler and then at the location where the drugs were at. I would always joke and say it looked like he was telling his handlers, ‘Hey, down here.'”

About a dozen K-9 officers and their handlers also attended the service. Johnson says Harry was a head-strong, intelligent animal that was responsible for numerous drug busts, the recovery of more than $270,000 in drug money, and multiple arrests, though he also had a mischievous side.

“One night on patrol, somehow Harry pulled his handler’s coat through the bars,” he says. “When they got stopped and the handler went to get Harry out of the car, his nice, fairly-expensive winter coat, was missing sleeves.”

Harry, a Belgian Tervuren, was euthanized March 28th and cremated. Everyone in uniform saluted when Harry’s urn was brought into the room and placed on the table that held pictures of the dog and his partner, along with an American flag folded in a triangle.