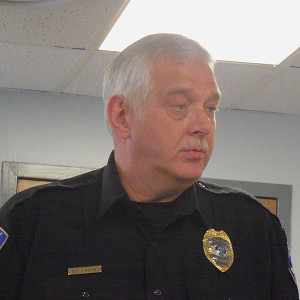 A key investigator in an unsolved, high-profile double-murder case in northeast Iowa has been fired from his job.

Evansdale police chief Kent Smock was fired Tuesday night following a one-hour closed-door session during a special meeting of the city council. Mayor Doug Faas said after the meeting that Smock’s termination was effective immediately, but he declined to comment on the reason for the firing.

Smock also declined to comment after Tuesday’s decision. Smock has served as Evansdale’s top cop since March of 2012. The retired Black Hawk County sheriff’s deputy was appointed to the position by a former mayor and also had served as the city’s fire chief since 2009. In late February, Smock submitted his resignation as fire chief and announced he was taking an extended vacation from his duties running the city’s police department.

Since July 2012, Smock has been leading the investigation into the onsolved case of murdered cousins Elizabeth Collis and Lyric Cook-Morrissey. Faas wants to begin the process of hiring a new chief as soon as possible.