You are here: Home / News / All Iowa Reads program to feature visits by best-selling author 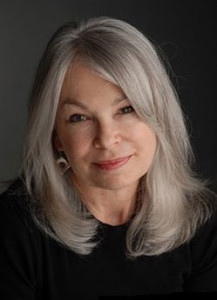 A best-selling author will make five stops in the state next week as part of the All Iowa Reads program. Robin Oliveira is this year’s chosen writer in the project that encourages people statewide to come together in their communities to read and talk about a single book title in the same year. Oliveira says she’s thrilled her book, “My Name Is Mary Sutter,” was the 2015 pick. It’s the first of her two books and both are about women named Mary.

“The second book is, ‘I Always Loved You,’ and it’s about Mary Cassatt, the impressionist painter, the only American ever invited to exhibit with the French Impressionists,” Oliveira says. “The first Mary is a character of my own creation, Mary Sutter, she’s a fictional protagonist.”

The Mary in that first book is a headstrong midwife who’s determined to become a surgeon during a period of time when women in medicine were the subject of much discrimination. “In the first book, it’s a fictional character in a fictional family put in action in the middle of the American Civil War and interacting with a lot of historical personages,” Oliveira says. “In the second book, it’s still historical fiction but it’s all people who actually lived, it’s all the Impressionists who painted in the Belle Époque period in Paris.”

Oliveira, a New York native who lives in Seattle, says she pays great attention to detail and did exhaustive research for both novels. In the first book, she spent a lot of time at the National Archives, at Civil War battlefields all over the East Coast and studying the medical challenges of that era.

Writing the second book, she says, required her to relearn art history. “I spent time in the museums on the East Coast, on the phone with art curators, reading about 80 books on the Impressionists in art history, that sort of thing,” Oliveira says. “Then I went to Paris to find the studios and the homes of the artists and I also was in the basement of the Musee du Sel there, encountering some of the artifacts from Edgar Degas’ studio.”

Oliveira is making appearances next week in: Des Moines on Monday, North Liberty on Tuesday, Maquoketa on Wednesday, Bettendorf and Moline (Illinois) on Thursday, and in Charles City next Friday.