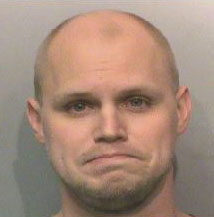 Des Moines Police have made an arrest in connection with a bank robbery. A Bank of the West branch on Des Moines’ east side was robbed shortly before 10 a.m. Monday. Employees said a man entered the bank and handed a note to a teller demanding cash.

He did not show a weapon and left with an undisclosed amount of money. Police released photos of the suspect taken from a bank surveillance camera and acting on a tip, on Wednesday, officers arrested 28-year-old Thaddeus James Erickson of Des Moines. He’s charged with first-degree robbery.