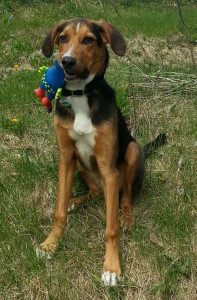 Dog owners in Iowa are warned to be on the lookout for signs of CIV, or canine influenza virus. Outbreaks are reported in the Midwest, including in the neighboring states of Illinois and Wisconsin.

Dr. Beth Streeter, a veterinarian with the Iowa Veterinary Referral Center in Des Moines, says the so-called dog flu is a concern, but there are no big outbreaks in Iowa as yet and very few reported cases statewide.

“It’s something to be aware of and to watch pets for,” Dr. Streeter says. “It’s a little bit early to get too worried about it, other than in a proactive fashion, meaning, watching their pets for any signs of influenza and for veterinarians, being aware of the potential precautions to take with any pets exhibiting signs of influenza.” Iowans who own dogs are advised to be vigilant for signs of illness in their pets.

“A lot of people, with they hear flu, think of the (gastro intestinal) flu, and that’s actually not what’s most commonly seen,” Streeter says. “This is a respiratory virus so you’re looking for signs of cough, nasal discharge, fever and just generally not feeling well.”

More than 1,000 dog flu cases are reported in four states: Illinois, Indiana, Ohio and Wisconsin. Much like with the human version of the flu, CIV can worsen if left untreated and become life-threatening.

“There are reports of dogs in Chicago succumbing to the illness and it can be quite serious in some pets,” Streeter says. “It’s also very contagious so we have to be very careful, if dogs do have signs of the flu, to keep them isolated and make sure they’re not exposing other pets.”

She says there is a vaccine for CIV but there are reports of complications with it. Also, this strain of dog flu may not have been included in the vaccine’s cocktail, so dogs that are vaccinated may still not be protected. Streeter suggests dog owners avoid contact with other pets they don’t know if they’re traveling in states where there are outbreaks, while limiting visits to dog parks and boarding facilities.