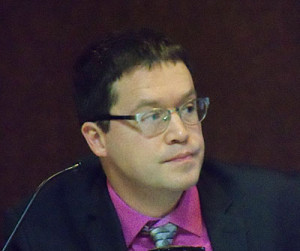 Changes are moving forward at state-licensed gambling facilities in eastern Iowa. The Iowa Racing and Gaming Commission gave approval at their recent meeting for some race date changes and reviewed the financing for the Iowa Greyhound Association, which is taking over the operation of racing at the Dubuque Greyhound Park. Racing and Gaming administrator, Brian Ohorilko, says things are coming together for the transition.

Also in eastern Iowa, the Racing and Gaming Commission gave approval to the remodel plans for the Isle of Capri Bettendorf’s land-based casino. “It is a $55-million project that had been discussed for some time, and the Isle of Capri Bettendorf has finalized those plans,” Ohorilko says. He says it will take 12 to 16 months to complete the construction to move the operation from the riverboat to land.

Ohorilko says he also expects the Rhythm City Casino in Davenport to soon seek similar approval for their transition from a riverboat to a land-based casino. “I would anticipate they’ll come before the commission here in June or July to get all the necessary approvals to proceed,” Ohorilko says. The Davenport casino is making the move from the Mississippi River to an area at the intersection of Interstates 80 and 74 on the northwest edge of the city.