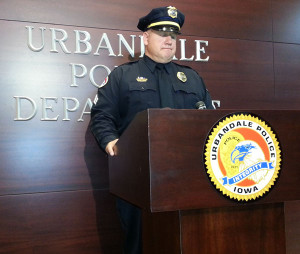 Urbandale Police Sergeant Gary Lang has confirmed the man who carried out a murder-suicide over the weekend is a former Des Moines Police officer who was facing a prison sentence.

Officers were called late Sunday morning by the family of 32-year-old Mersed Dautovic and were asked to do a “welfare check” at his apartment in Urbandale.

They found Dautovic and 24-year-old Mevlida Dzananovic dead inside a detached garage. “Mevlida’s preliminary cause of death was strangulation and Merced’s was self-inflicted strangulation,” Lang said at a news conference today. 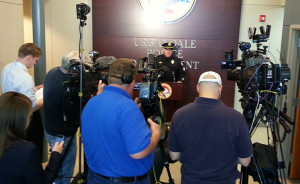 Dautovic and Dzananovic had been romantically involved, but it’s unclear if they were currently dating. “They had been in a relationship,” Lang said. “There had been some domestic issues in the past between the two.”

Lang refused to describe exactly how the murder-suicide was carried out or release much more information about the case. “I know the detectives are still working…so, I can’t really answer,” Lang said.

Dautovic was a Des Moines Police officer until 2008, when he was convicted of excessive force and obstruction of justice charges for the beating of a man during a traffic stop. He spent just under two years in prison for the crime, but a federal appeals court ruled the sentence was too lenient and he was scheduled to be re-sentenced today.