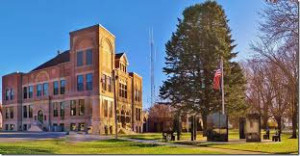 Prosecutors allege 78-year-old Henry Rayhons had sex with his wife, Donna, in her nursing home bed last May. She had dementia and died last August. Susan Krisko, an assistant Iowa attorney general, spoke directly to the jury during closing arguments Monday.

“It’s not a philosophical debate, ladies and gentlemen. This is not you 12 people deciding whether or not someone with Alzheimer’s can have sex,” she said. “…We’re asking you to determine on a specific time, a specific person, with a specific set of limitation that doctors determined she had, could she consent and did the defendant have sex with her.”

The prosecution submitted evidence showing Henry Rayhons’ DNA had been found on his wife’s clothing, sheets and a quilt and jurors heard the tape of an interrogation during which Rayhons admitted to having sex with his wife in the nursing home in Garner. Defense attorney Joel Yunek told jurors they should wonder why Garner’s police chief hadn’t collected evidence from Henry Rayhons on the night of the alleged rape.

“He’s a smart guy. Had he thought there was a rape, wouldn’t he have taken a statement from him? Taken anything off his hands…Wouldn’t he have taken photographs of the crime scene?” he asked. “…Those are visceral, emotional decisions going on. Actions speak louder than words.”

The defense argued Henry Rayhons’ DNA could have been left on his wife’s things from a previous sexual encounter, before Rayhons had been told by nursing home staff his wife was no longer able to consent to sex. The judge told jurors to consider only the evidence and testimony submitted during the trial, not anything they have heard or read about the case outside the courtroom.