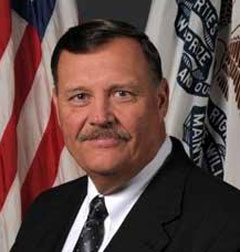 Governor Terry Branstad says the head of the Iowa Enforcement Academy is available to meet privately with any senator who has questions about how sexual harassment complaints have been handled in the agency.

“I believe that Arlen should be given the opportunity to respond to the accusations that have been made,” Branstad says.

Arlen Ciechanowski was in charge of the academy last year when complaints surfaced about inappropriate comments an assistant director was making to female recruits. Branstad says that man is no longer on the staff.

“He was fired as soon as the law was changed that gave us the authority, that made him an at-will employee. That was done last summer,” Branstad says. “If there are other issues, I want to make sure senators who have concerns have an opportunity to visit with Arlen Ciechanowski.”

Those conversations should be held in private, the governor says. Key senators say Ciechanowski mishandled the firing of a woman who complained about the sexual harassment and there’s nothing Ciechanowski can say to change minds. Senator Janet Petersen isn’t sure Ciechanowski can win the support of at least 34 senators — the number necessary for him to keep his job.

Petersen, a Democrat from Des Moines, says disturbing things have happened under Ciechanowski’s leadership of the Iowa Law Enforcement Academy.

April 15th was the deadline for confirmation votes on Branstad’s appointments to key positions in state government, but senators passed a resolution allowing the vote on Ciechanowski to occur later. The governor says Ciechanowski was on a cruise last week and unable to meet with senators.