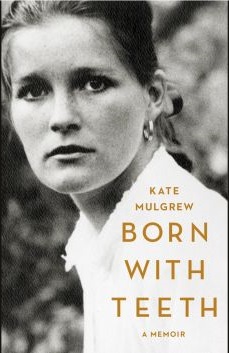 The actress perhaps best known for her roles in “Orange is the New Black” and “Star Trek: Voyager” will be in her hometown of Dubuque today to kick off the Julien Dubuque International Film Festival, which opens tomorrow and runs through Sunday.

Kate Mulgrew will sign copies of her first book, a memoir, “Born with Teeth,” at the Hotel Julien tonight and she’s singing her city’s praises.

“Dubuque has been sitting there like the undiscovered gem of the Heartland,” Mulgrew says, “and I think it will prove itself to be a cultural sort of epicenter.”

Mulgrew was the honorary chair of the inaugural film festival three years ago and says she’s excited about the event’s growth.

“We’re situated beautifully on the Mississippi River,” Mulgrew says. “It’s a perfect place for everybody to come to show their films. It’s long been known to be a place where artists like to convene, Galena being right across the way, and I think it’s going to be a sort of a time of revolution and great change and I’m very proud to be a part of that.”

Her first television appearance was in 1975 and she’s since acted in more than 60 TV shows and films. Mulgrew says the goal in writing her memoir was to have people come to know her as a person, rather than as one of her characters.

“This is a big departure from all of my acting,” she says. “It doesn’t have anything to do with portraying a character. It has everything to do with revealing myself. I will soon be 60 years of age and it is now time. I feel ready and I feel right and when it’s right, it emerges organically and in a process that I just love.”

While she’s always considered herself a strong person, Mulgrew says writing the book helped her learn about another side of her personality.

“Neck and neck with every bit of strength that I’ve shown in my life is the same kind of vulnerability,” she says. “They’ve run together and I didn’t know that for a long time because I’ve always led with the strength, but once I let that go, you see that I’ve been driven by, I’ve been formed by my vulnerability, my flaws, as much as anything else.”

A pivotal portion of the book is devoted to Mulgrew’s pregnancy early in her career and her later search for the daughter she gave up for adoption. The actress says writing about that process brought back all of the emotions that were involved.

“In order to write it well, I had to relive it, but you must understand, that has never been far from me for more than a moment,” Mulgrew says. “What we’re really talking about was my ability to let go of it and to share it and that took a bit of courage to share the story which has so profoundly shaped and defined me.”

Mulgrew’s book signing begins at 7 PM at the Hotel Julien.