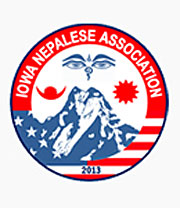 Nepalese families living in Iowa are intently following the developments in their homeland. A spokesman for the Iowa Nepalese Association, Bikram Shrestha, says it’s been painful to watch the devastation happening 7,500 miles away.

“We have our families and friends back at home who are struggling…some of them have their basic needs gone,” Shrestha says. “Their houses were demolished by the earthquake and they’re living in the streets.” Around 4,000 people are known dead in Nepal, India after Saturday’s powerful earthquake. Shrestha says he’s not heard of any close relatives of the Iowa Nepalese population being lost or killed.

In the nights since the quake, thousands have been sleeping outdoors, fearing that damaged buildings could collapse if there are more aftershocks. “None of the people are about to live in houses because they fear it might fall down when they’re asleep,” Shrestha says. “They’re living in open spaces…wherever is available.”

The Iowa Nepalese Association is raising funds to help with the recovery effort. “We’ve been constantly in touch, we have been meeting several times to see what we can do, we’ve been talking to our families over the internet media like fiber, Skype and phones,” Shrestha says. According to Shrestha, there are between 800 to 1,000 Nepalese families living in Iowa. The Iowa Nepalese Association was formed in 2013.