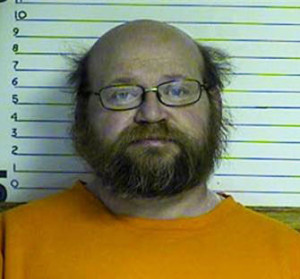 Police say a man who was convicted after 300 animals were seized from his property in southeast Iowa last year continued hoarding animals after he moved to Missouri.

In February 2014, officials with Animal Rescue League (ARL) of Iowa went to Roger Blew’s home in Drakesville and took control of 300 animals — including goats, pot-bellied pigs, chickens, pigeons and hamsters.

Around 50 more dead animals were found on the property. Blew was convicted of animal neglect charges, but he then moved to Glenwood, Missouri. 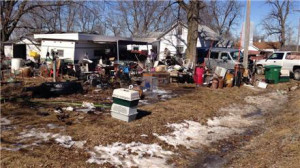 ARL of Iowa Executive Director Tom Colvin says Blew is now facing animal abuse charges in that state. “From what we understand, he moved to Missouri and it sounds like he did very nearly the same thing,” Colvin says.

Blew was sentenced to a year in jail on the animal neglect charges in Iowa, but all but 10 days of that sentence were suspended. Colvin calls the situation disappointing. “Clearly, the message that was put across by the courts in Iowa was not sufficient to get (Blew) to realize the error of his ways,” Colvin says.