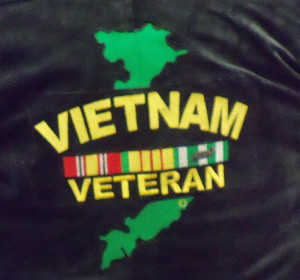 A 5-day event is being planned for late August in north-central Iowa which aims to serve as a thank you to thousands of Vietnam veterans who will be coming in from across the country. Operation L-Z or Landing Zone will take place in Forest City on August 26th through the 30th.

One organizer Jack Caputo says he hopes this will give Vietnam veterans the welcome home they likely never got. He says it’s truly going to be a welcome home in an attempt to give some closure to veterans, not only from Vietnam, but from Korea, Desert Storm and Iraqi Freedom. Any veteran is welcome to attend.

Caputo says they are trying to make the event family-friendly so veterans can have the proper recognition and be more open with their families about their experiences. He says they’ve tried to make it so they can bring their family and not relive their experiences but reinvigorate them and allow them to open up to their family. Saturday August 29th will be the main day for the event and will feature the Vietnam Traveling Memorial Wall as well as Navy Lieutenant Commander Larry Spencer of Des Moines, who was a prisoner of war for seven years at the so-called Hanoi Hilton.

Caputo says there will also be several demonstrations and a number of helicopters from the Vietnam War-era that people will be able to see and ride in. There will be two Hueys, a Cobra, and hopefully a Chinook on site. He says those were the helicopters that soldiers rode in when going to their landing zones, whether it was going to be a “hot zone” where they expected to take fire or a “cold zone” where they didn’t.

Caputo says students from area high school are being invited so they’ll have a chance to learn more about the Vietnam War on the Thursday and Friday of the event. He says students will come in and see the wall and hear from veterans about their experiences. The final plans for the event were announced Thursday, which marked the 40th anniversary of the fall of Saigon to communist forces and an end to the Vietnam War.

Caputo says the August event will draw several thousand veterans from all over the country. He says they’ve had calls from a number of states about the event, with a number of platoon and squad reunions being planned for that weekend. They are guessing between 5- and 8,000 Vietnam veterans will be attending the event with about 25,000 people in total attending on Saturday. For more details about the event, you can head to the website: operationlz.com