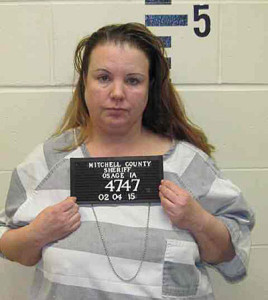 An Osage woman was sentenced to 10 days in jail and must pay restitution after pleading guilty to taking money from a Girl Scout troop. The Osage Police Department, on February 3, took a complaint of a girl scout troop missing money after someone wrote numerous checks totaling nearly $1,500.

An investigation revealed 38-year-old Jennifer Nilges of Osage had written the checks for personal items. Officers executed a search warrant at a residence and arrested Nilges on charges of misappropriation of funds and ongoing criminal conduct – both felonies. Nilges entered a guilty plea to a reduced charge of third degree theft and the ongoing criminal conduct charge was dismissed.

In addition to the jail time, Nilges must pay more than $2,900 in fines, fees and restitution.