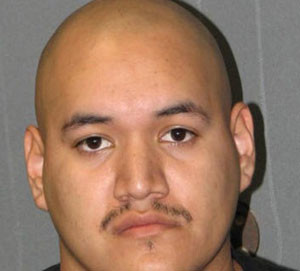 A Sioux City man is accused of injuring his live-in girlfriend’s 3-year-old son by slamming him into the corner of a piece of furniture.

Twenty-two-old Markus Leon is charged with child endangerment causing serious injury. He is being held in Woodbury County Jail on $25,000 bond.

Authorities say Leon was baby-sitting the boy and a 1-year-old child on April 22nd and became angry when the boy’s noise kept waking up Leon, who was trying to sleep. Leon told officers that he lost his temper and slammed the boy into the furniture.

The child later was diagnosed with a lacerated liver, a bruised spleen and a bruised kidney. Leon is scheduled to appear in court on May 12th.