You are here: Home / Crime / Courts / State pays $7 million to settle one dispute over prison construction 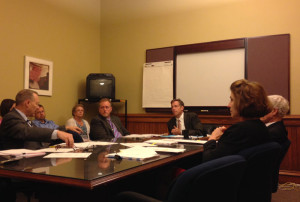 The state has settled part of the financial dispute over the rising costs of the new-but-not-yet-opened maximum security prison in Fort Madison.

The main contractor submitted a claim for $18 million in December of 2013 to cover the expense of fixing problems at the prison. A professional mediator was hired and the final agreement calls for the state to pay about 40 percent of what Walsh Construction originally requested. 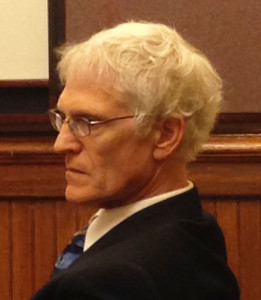 “We had a lot of subcontractors who were not being paid through no fault of their own as it was being tied up in this legal dispute,” Roederer told reporters after the meeting.

Jeffrey Thompson, the state’s Solicitor General, was the state’s main negotiator on this legal settlement with Chicago-based Walsh Construction.

“It was undisputed that they spent additional time on the project and it is a fair and reasonable resolution of that dispute,” he told the State Appeals Board, “and is in the best interest of the State of Iowa.”

Other legal disputes between the state and firms involved in the prison project, like the architects and designers as well as the heating and ventilating contractors, are still pending.

“Some of those parties might potentially responsible for the cost overruns or the delay,” Thompson told reporters after the meeting, “in which case we’ll see what we can do see if we can pursue that.”

As of now, the cost of the new prison stands at $130 million. Prison officials say it’s likely inmates may begin occupying the facility by the end of this summer, about a year and a half after the originally scheduled move-in date.