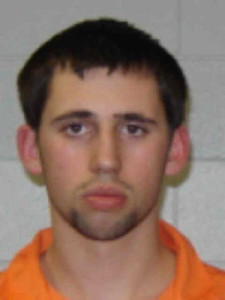 A western Iowa man faces a mandatory life prison term after his conviction in a Sioux City courtroom on Tuesday in the shooting deaths of an elderly couple last year. The trial of 20-year-old Jayden Chapman of Denison came to a conclusion with the jury returning a guilty verdict on two counts of first-degree murder for his role in the deaths of 80-year-old Marvin Huelsing and 81-year-old Alice Huisenga.

Their bodies were found in rural Deloit on March 10th of 2014 at a burned mobile home. In January of this year, a Crawford County jury found Chapman’s accomplice, 26-year-old Michael Schenk of Denison, guilty of two counts of first-degree murder and one count of arson for his actions in the murders and a subsequent fire to try and cover up the crime.

Crawford County Attorney Roger Sailor notes Chapman was found guilty of reckless use of fire, not arson. “While it makes a theoretical difference, he’ll be sentenced differently on that count than he would be for an arson second (degree),” Sailor says, “but obviously, he’s going to be sentenced to life in prison without the possibility of parole for the murder charges, so practically, it’ll have no effect.”

Sailor offered a reaction to the verdict which brings the complicated case to a conclusion. “It’s a relief to us,” he said. “This has been a long haul between these two cases to go through two long trials. We’re very gratified for the verdict that the jury came to. As it was last time, it’s not exactly a celebratory feeling because this was a terrible event but certainly our feeling is justice has been done.”

A third person, Erica Dains of Denison, pled guilty in April of 2014 to charges of second-degree burglary and accessory after the fact. Dains will serve between 10 and 12 years as a result of the plea. During Schenk’s trial, Dains said the trio had smoked meth and were at Huelsing’s trailer home to steal scrap metal. The shootings happened after their truck got stuck in the mud, according to Dains.