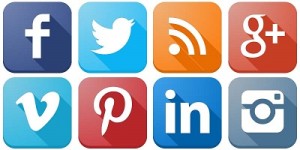 Students at William Penn University in Oskaloosa held their annual “Break the Wall” event in an attempt to raise awareness about cyber bullying. Junior Demi Coertze was one of the leaders of this year’s project.

“We have posted positive messages on social media, and have encouraged people to write on the wall negative things that have been said about them. And today we are going to break that wall in hopes that we break down any negativity that may come with that,” Coertze explains.

Students from Oskaloosa High School, Oskaloosa Middle School, Eddyville-Blakesburg-Fremont, and William Penn University all participated. Coertze hopes the fundamental values of the project have a lasting impact among students. “Trying to create empathy by having the attendees look at the walls,” Coertze says, “see what’s going on, see what high-schoolers, see what middle schoolers are saying. Hopefully adults will help their kids, sisters, nieces brothers, whatever it is, put an end to it.”

The event is the culmination of the project, but students are encouraged to “like” the Break the Wall page on Facebook and use the hashtag #BreakTheWall to join the conversation and continue to get support from the group if they are experiencing any problems with bullying. Its the third year the social media class at William Penn has conducted the project.