You are here: Home / News / Iowa EPC will review topsoil rules at next meeting 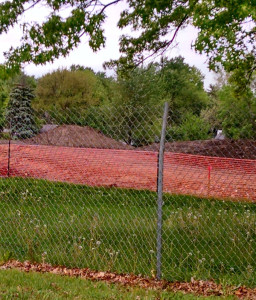 The Iowa Environmental Protection Commission will begin the process of making a final decision on the proposed change in a controversial rule dealing with the amount of topsoil developers are required to return to a construction sites at their meeting later this month. Jerah Sheets with the Iowa Department of Natural Resources says they’ve gotten a lot of input from both sides.

“The department will be presenting and providing all the public comments that were gathered and collected via e-mail, written and during public hearings to the commission for their review,” Sheets says.

Sheets says the commission has several options in moving toward a final decision. “The commission will probably direct the department in bringing those draft rules back to the commission for voting to accept, modify or reject those draft rules. They could also potentially ask them to incorporate or modify it at the main meeting and bring it back to a future meeting of what those modifications may be based on the comments that they review,” Sheets says.

There were some 700 comments on the proposed change to the rule. “For this rule-making package, I would say it is on average for the amount of comments that the department has received based on the subject matter,” Sheets says. “We do have a number of rule packages that have zero comments that come back.

The EPC will discuss the comments and the proposed change when it meets May 19th in Davenport.