You are here: Home / Health / Medicine / Relative of patient questions the closing of the Clarinda Mental Health Institute 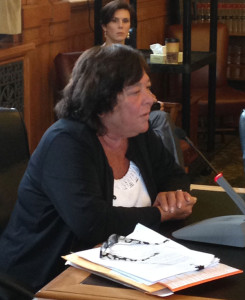 A California woman is raising questions about the process of transferring her sister out of the soon-to-be-closed Mental Health Institute in Clarinda.

“I feel in many ways that I’m not being told the entire truth. I don’t know who to believe. I don’t know who to trust.” That’s Janice Scalise of Palm Springs, California. She is the legal guardian for her 63-year-old Carol Scalise, a schizophrenic who is among the 15 patients state officials are trying to transfer out of the state-run facility in Clarinda.

Janice says the state didn’t even notify her the Clarinda facility was closing. She found out when she stumbled across a story about it online in February. She was hoping to spend this week visiting some places in Iowa where her sister may be moved, but was told by state officials working on the transfer process that none have been identified.

“I’ve pretty much succumbed to the fact that the MHI was closing on June 15 and switched my energy to finding a replacement home for my sister, but that hasn’t happened,” Scalise says. 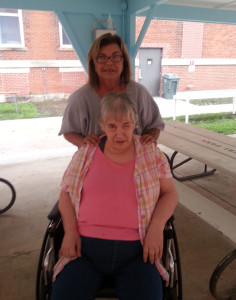 Scalise testified Monday before the Senate Oversight Committee. The panel’s chairman called in top officials from the state agency that oversees the MHIs and Rick Shults, an administrator in the Iowa Department of Human Services, directly addressed Scalise’s concerns.

“We have many guardians that are out of state, don’t necessarily have the opportunity to come in,” Shults says, “but we really greatly appreciate you coming in to see us and I am confident that we will have something for you to look at this week for your sister.”

State officials say their goal is to find an appropriate setting for each patient, but there’s no plan B for patients like Scalise if they can’t find proper placements by June 15th. Janice Scalise says it’s not reassurring. “They’re vague,” she says. “They have no clue what they’re going to do.”

Scalise’s sister has serious physical health problems in addition to her psychiatric diagnosis. She’s a diabetic and is confined to a wheelchair. “I worry every day (about) the transition, that she’s not going to be able to take it,” Scalise says. Scalise says her sister is happy, content and well cared for at the Clarinda facility.

The head of the Iowa Department of Human Services says it may not be possible to transfer six of the 15 patients in the geriatric psych ward in Clarinda to a private facility by his June 15th deadline. Four of those elderly patients are men who are convicted sex offenders. One of them was transferred to the locked facility in Clarinda after abusing a woman in a Pomeroy nursing home in 2011.