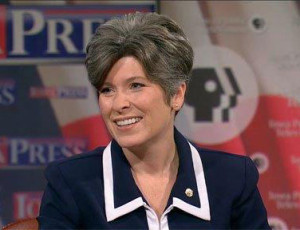 Both of Iowa’s U.S. Senators are in favor of giving President Obama broad, “fast track” authority to negotiate international trade deals, but Democrats in the Senate have blocked a vote on the “trade promotion authority” bill. Senator Joni Ernst says Republicans and Democrats “have different constituencies” that have different opinions on this issue.

“Here in Iowa, about one in five jobs is dependent upon trade, which is a significant part of our economy here in Iowa,” Ernst says.

The bill would help to ensure greater transparency, according to Ernst. She says that means the public would know more about U.S. trade negotiations with other countries.

“(It) still doesn’t give the president just carte blanche whatever he wants to do,” Ernst says. “It would be within the parameters set by the legislature what he is allowed to negotiate and then when he has negotiated a trade agreement, it still has to be brought back to congress for an up or down vote, so we still have the authority to say, ‘No, Mr. President or Mrs. President, this is not the way that we want to go.'”

Ernst made her comments this weekend during an appearance on Iowa Public Television’s “Iowa Press” program.

Senator Chuck Grassley says it is “disappointing for senators to refuse to allow a trade bill to come up for debate.” Grassley, Ernst and the 50 other Republicans in the U.S. Senate voted to bring the bill up for debate yesterday, but — according to debate rules in the senate — that tally was short of the 60 votes needed. Grassley says the Senate’s inaction is “frustrating to the agricultural producers, manufacturers” and others who see expanded trade as a way to grow the U.S. economy.

The bill would not allow congress to seek changes in trade deals negotiated by the president and would simply require congress to either approve or reject the deal in total. Critics say that removes congressional authority to adequately review the details of complicated trade deals that are negotiated in secret.

Negotiators say the pending “Trans-Pacific Partnership” trade pact with 11 other countries cannot be finalized without passage of this “fast track” bill in the U.S. congress.