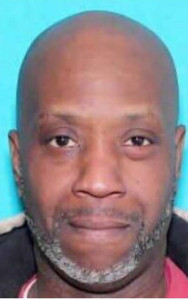 Authorities are asking for the public’s help in finding the suspect who robbed a northeast Iowa bank Tuesday morning. The incident happened at about 10:30 A.M. Tuesday, at the Security State Bank in Calmar. A man walked into the bank and left on foot with an undisclosed amount of cash. No one was injured.

The man, later identified as 48-year-old Tyrone Wilson of Postville, was last seen driving away in a black 1998 Chevy 3500 pickup, with license plate number CWM 696. Robbery charges have been filed against Wilson — who is described as black, 6-foot-two, 210 pounds — last seen wearing dark pants and a blue and yellow hoodie.

Two search warrants have been executed, and Wilson is still at large.