You are here: Home / News / Democrats offer counter messages to GOP candidates in Iowa this weekend 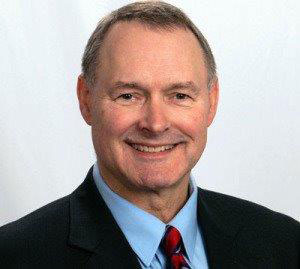 Nearly a dozen Republican presidential hopefuls will be in the state this weekend. A handful will participate in a foreign policy discussion in Waukee Saturday afternoon and 11 are scheduled to speak at the Iowa Republican Party’s “Lincoln Dinner” fundraiser tomorrow night.

Democrats scheduled events today to offer their own counter messages. State Treasurer Michael Fitzgerald criticized the GOP candidates for opposing a hike in the minimum wage.

“Jeb Bush called it a soundbite. Scott Walker doesn’t believe it serves a purpose,” Fitzgerald said during a telephone news conference organized by the Iowa Democratic Party. “And Rick Perry suggested it shouldn’t exist at all on the federal level.”

The leader of a group that opposed Wisconsin Governor Scott Walker in his 2012 recall election and his 2014 reelection drove to Iowa today to speak at a statehouse news conference.

“I’ve been reading some of the coverage of Governor Walker coming down, coming over to Iowa to talk to folks about his record here in the state of Wisconsin and I think there is a real disconnect between what Governor Walker’s purporting his record is and what the reality is,” said Scott Ross, executive director of One Wisconsin Now.

Ross accused Walker of being “all about the next election” and quickly shifting to a presidential campaign soon after he won reelection to a second term as Wisconsin’s governor this past November.

On Saturday, the Iowa Federation of Labor and other allied groups plan to hold a “Working Families Summit” in Ames. Former U.S. Labor Secretary Robert Reich will be the keynote speaker. In 2013, Reich released a documentary titled “Inequality for All” about the widening income gap in America