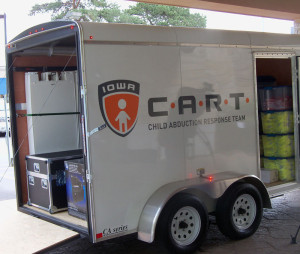 Iowa DCI special agent in charge, Michael Motsinger, says the team was created in response to the kidnapping and murders of Elizabeth Collins and Lyric Cook-Morrissey in Evansdale and the abduction and murder of Kathlynn Shepard in Dayton.

Motsinger says there will be six regional CART offices that will help boost the manpower law enforcement has when an abduction is reported. “The biggest thing is just getting there and assess to see what is going on. We really stress the quick reaction, sitting down with the family, and what I mean with assessing are, could they be with a friend, could they be at the local neighbor’s house and just walked in,” Motsinger explains. “Just doing those quick things so we can establish right away, do we have a true child abduction, or is the child missing. 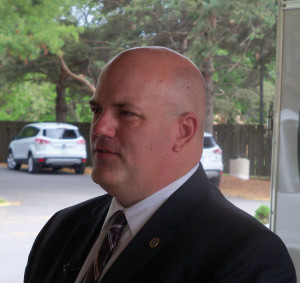 Nineteen other states have created CART teams, and Motsinger says they talked with them and reviewed how those teams work to set up the Iowa team. “And even going back and talking about how we responded at Evansdale and Dayton, and what can we do to get better. And so we’re kinda trying to combine all of that,” Motsinger says. “It’s a process that will always evolve, we’re always learning and we’ll always go back to our local partners to see what we can do to get better.”

Motsinger showed off the new CART trailer outside a Des Moines hotel as 120 law officers from across the state were inside training to work with the CART team. “We won’t actually work out of this trailer, it’ll basically be bringing this command center and everything we have inside the trailer and then we can go to a conference center and set everything up,” according to Motsinger. 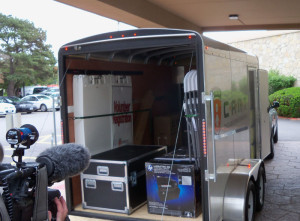 Back of CART trailer.

He says it’s important to have a separate command center to keep local officials from being overwhelmed during the abduction investigation.

“Just because there’s a child abduction doesn’t mean they don’t respond to an more calls. So, they’re still going to be doing their normal job duties on top of a abduction,” Motsinger say. “We hope by having this command center we relieve a lot of the pressures off the smaller departments that don’t have as many dispatchers to do everything that we done for a child abduction because they still need to do their own job.”

Motsinger says having CART officials in six regions across the state allows them to respond quickly and figure out what has happened when it’s important to act quickly.

“Very critical the first two or three hours to get there and respond and assess to see what is going on so the chances of recovering that child obviously increase,” Motsinger says.

CART deployment can be used for all missing children cases and is not dependent on an Amber Alert being issued. DPS purchased the CART trailer with a $25,000 grant of forfeiture funds. Motsinger says they hope to have the Iowa CART team earn national certification.