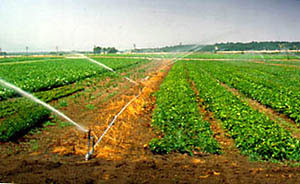 The Department of Natural Resources is holding a hearing today at the state forest nursery in Ames on a proposal to increase the prices of the seedlings sold there.

DNR Chief of Forestry, Paul Tauke, says it’s part of a bigger issue faced by the nursery as the requests for planting large-scale conservation areas has dropped off.

“Those would be on the small end three acres, and back in the glory days it was not uncommon to have 30, 40, 50 acre plantings and sometimes plantings as big as 100 acres,” Tauke says. “That’s sort of the crux of the problem, those large-scale plantings just aren’t occurring anymore.” Those big areas required a lot of small trees to fill them.

“In the glory days of tree planting — probably from about 1990 through about 2002 or 2003 — the nursery was selling anywhere from three to five million plants a year,” Tauke explains. The incentives to plant trees for conservation have stayed about the same and Tauke says those who wanted to take advantage of them have already done so, leading to a drop in demand.

Fewer sales drives up the cost to produce the seedlings, and Tauke says they need to make up some of the difference. “Under Iowa code it’s supposed to operate at break even. That was put into the code in 1986, and it’s been struggling to do that for several years now. We are struggling to get revenues and expenditures in line,” Tauke says. The proposed increase is around 25 cents for small seedlings and 35 cents for larger seedlings. That doesn’t sound like a lot, but the seedlings are sold in lots of 100.

“A typical customer might buy anywhere from 500 to 1,000 depending on what they are doing,” Tauke says. The emerald ash borer is forcing cities to cut down thousands of trees, but Tauke says the state nursery hasn’t benefited from the infestation. “We don’t really get much business from emerald ash borer because a lot the demand for replacement trees is in the landscape and ornamental market. And we sell conservation seedlings, so we don’t sell a landscape-sized tree,” Tauke says.

There are also regulations that prevent the state forest nursery from benefiting from the need to replace ash trees. “A small nursery couldn’t buy our stock and then grow it out to a landscaped-size plant and then sell it because that’s against the current rule,” Tauke says. “We are not addressing that in this rule, but maybe down the road we might. That gets a little bit controversial because some private nurseries don’t necessarily like that rule. So, what we are trying to do is get a rule through that help stops the bleeding.”

Tauke says there are some other ideas for changing the rules to try and help the nursery stay viable. “Could we lower the minimum quantity that somebody needs to order. Could we explore the opportunity for small nurseries or big nurseries for that matter to buy our stock and then line it out and grow landscaped trees,” Tauke says. “But again, those things tend to get a little bit more controversial with the private sectors.” He says the private nurseries don’t want to face competition from the state.

Anyone wishing to comment on the proposed price increase for the seedlings at the state forest nursery can attend the public meeting today at 4 p.m. You can also send comments to Tauke at Chief of Forestry, Iowa Department of Natural Resources, 502 East Ninth Street, Des Moines, Iowa 50319-3304 or email [email protected]