You are here: Home / Human Interest / Study finds 1 in 10 older mothers have an estranged child 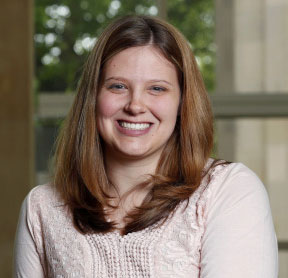 A relationship study of older mothers found more issues than expected with their children. Iowa State University researcher Megan Gilligan is the lead author the study which she says found 1 in 10 mothers had at least one estranged child. They didn’t start the study with a focus on finding mom and kids who weren’t talking.

“So there were no questions directly asked, you know ‘is there a child who you are estranged from?’ But, we did ask all of the mothers about their relationships with each of their children,” Gilligan explains. “So the study was designed to look at how these relationships might vary. Some mothers may be closer to one child, or the opposite where they may be more disappointed in another child.”

The study included mothers aged 65 to 75 with children who were 45 or older. “The first thing we looked was if a mother had not contact — either in person or on the phone — in the last year. And then also, we classified estrangement if the mother maybe had very small amount of contact, so maybe she had talked to them once in the last year,” Gilligan says.

Gilligan is an assistant professor of human development and family studies at ISU and conducted the research with colleagues at Purdue and Cornell University. She says they were surprised again when they started looking at the cause of the bad feelings between mother child. “Immediately everyone kind of thought on the research team, well lets look at illegal behavior — so we looked at if the child had had problems with the law or if they had a substance abuse problem, ” Gilligan says. “But was really interesting is that didn’t predict estrangement. Those children weren’t more likely to become estranged.”

They found something else impacted the rift. She says “value dissimilarities” ended up being the strongest variable. The core values and beliefs of the mothers drove their views of their kids. “One of the mothers was really upset that her adult child had gotten a divorce and then remarried. She was Catholic and she said ‘that really goes against what I believe religiously and morally.’ So thing that were kind of core to their beliefs and values, if the child had violated those things, that’s what created this tension and strain in the relationship,” Gilligan explains.

Gilligan says they didn’t expect those issues to cause so the estrangement. “I think it’s interesting, because I think these are issues we often think about as political issues that you might get into a discussion around the table and get really upset about those types of things. But, I don’t know if most people would feel like these are things you would cut off contact from your child,” Gilligan.

In addition to core values, researchers found the mother’s marital status was also a predictor. Mothers who were divorced or widowed were more likely to have an estranged child than mothers who were married. Gilligan credits the role of the father. She says many of the incidents the created estrangement happened earlier in the child’s life and they might not have realized the impact it would have. Gilligan says the lesson could be that you need to focus on mending a relationship right away when these things happen. The new study is published online in the Journal of Marriage and Family.