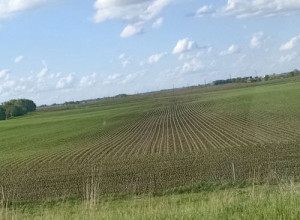 The latest U.S.D.A. crop report shows wet weather has slowed planting progress — especially in the southwest part of the state.

Overall, 96-percent of the corn crop has been planted, which is one day ahead of last year, and three days ahead of the 5-year average.

In southwest Iowa, just 81-percent of the corn has been planted, and ISU Extension Agronomist, Aaron Sauegling says it’s just been too wet. “We’re still behind. There’s still corn to be planted in portions of southwest Iowa. There’s actually a fair amount of soybeans to go. I have some producers that have yet to plant any soybeans, and I have some producers that are done,” Sauegling says. 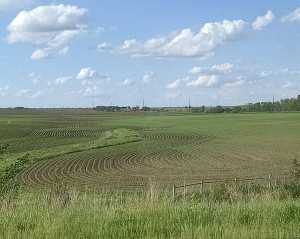 The crop reports shows 81-percent of the corn in the ground has emerged.

Farmers have just had to wait for things to dry up. “It gets close, and there have been some producers that have tried to push that a little bit — to try to literally mud some of this crop in — and it’s just not fit. Soil conditions have just not allowed us to go out in the field,” Sauegling says.

Sauegling says farmers are monitoring weather forecasts, while also keeping an eye on the calendar. “We don’t want to panic too much at this point, but once you start to get to June, we’d sure like to get a chance to get some of the beans in.”