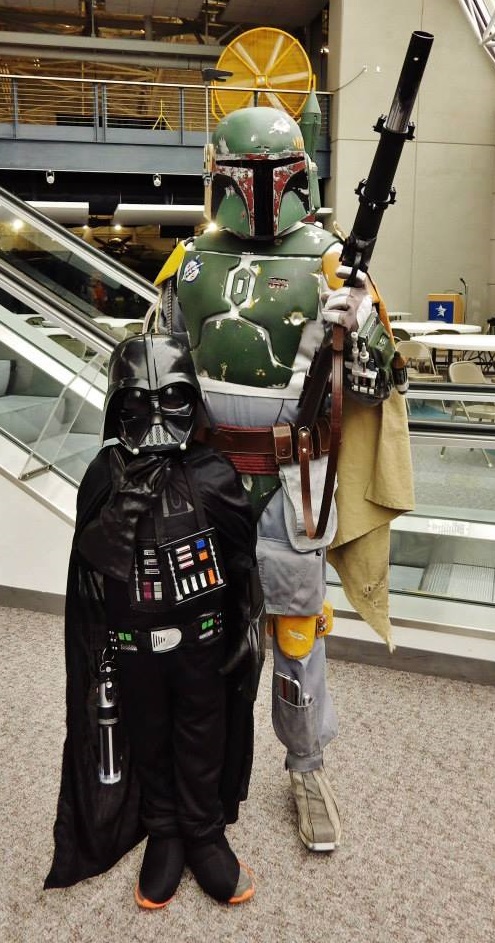 People who love science fiction and comic books usually have to travel to one of the nation’s bigger cities to attend a “comic con” or convention, but in the next few weeks, two of the events are being held in Iowa.

The “O Comic Con” gets underway tomorrow in Omaha-Council Bluffs, drawing vendors, artists and exhibitors, while organizer Matthew Fujan says they’ll also have about 30 celebrity guests from TV and films.

Stars at the Council Bluffs event include Jamie Bamber from NCIS and Battlestar Galactica, as well as Walter Koenig, who played Checkov in the original Star Trek TV show. Fujan says guests are encouraged to come in costume.

“We’re expecting a lot of people to be dressed up as their favorite characters from movies, TV shows,” he says, including heroes and villans from Star Wars, as well as Superman, Spiderman and Captain America.

Fujan says it’s a family-friendly event and the Omaha Public Library is hosting several programs just for kids, including superhero work stations where you can show off super-skills.

“They also have the superhero theater where they’re going to be reading comic books in different voices,” he says. “It’ll be on the screen so people will be able to read along with them.”

The O Comic Con runs Friday through Sunday at the Mid-America Center in Council Bluffs.

A similar event is planned in Des Moines that will run June 12-14 with a different roster of celebrity appearances, headlined by William Shatner, the actor who played Captain Kirk in the original Star Trek TV show, and Iowa native Brandon Routh of Norwalk, who stars on Arrow and played the lead role in the movie, “Superman Returns,” in 2006.