You are here: Home / News / Ex-Iowa GOP chairman predicts ‘a number of candidates’ will participate in Straw Poll 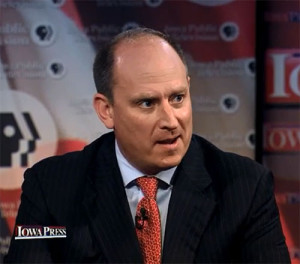 The man who was chairman of the Iowa Republican Party when it held the last “Iowa Straw Poll” in 2011 says the risk of participating in this summer’s event will be worth the reward for some 2016 candidates.

“There still is no larger gathering of Republican activists not just in Iowa, but in any other early state during the Caucus process,” says Matt Strawn, who served as chairman of the Iowa Republican Party during the 2012 Iowa Caucus campaign. “When you have a field that is as bunched as it is right now…it presents a great opportunity for a break-out moment.”

Only two candidates have committed to participating in this summer’s Iowa Straw Poll, planned for an outdoor venue near Boone, and there’s been speculation current Iowa GOP leaders might pull the plug on the straw poll because of a lack of interest.

Strawn says a candidate like Texas Governor Ted Cruz who is competing against former Iowa Caucus winners Rick Santorum and Mike Huckabee for the support of evangelical voters could “plant a flag” and show that he is “a force” in Iowa by participating in the Straw Poll. Huckabee, former Florida Governor Jeb Bush and South Carolina Senator Lindsey Graham all have said they will not participate in the Straw Poll.

Strawn made his comments this weekend during an appearance on Iowa Public Television’s “Iowa Press” program.