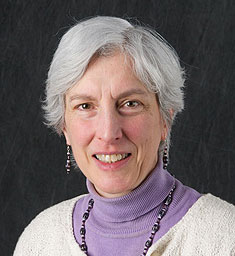 A medical study done in part at the University of Iowa finds simple steps taken before surgery can cut the rate of surgical-site infections by up to 40 percent.

Doctor Loreen Herwaldt, director of epidemiology at the U-I Hospitals and Clinics, says many people are carrying around what’s known as staph bacteria but it won’t ever give them a problem, until there’s an invasive procedure like surgery.

“The place that the organism likes to hang out, so to speak, is the nose,” Dr. Herwaldt says, “so the first thing we do is we have patients screened to see whether they’re carrying the staph bacteria in their nose.” If the patient tests positive, they’re given an antibiotic ointment to put in their noses and they need to bathe with an antimicrobial soap for five days before the surgery.

If there’s a more resistant form of staph found, called MRSA, different pre-op meds are prescribed. These steps, researchers found, brought a steep drop in infections at the 20 hospitals in nine states that took part over the 60 months of the study. The procedures are already being put in place at two Iowa City hospitals.

“We’re actually doing the protocol in our orthopedics group, our neurosurgery group and our cardiothoracic surgery group here at the University of Iowa,” Herwaldt says. “Our VA hospital has implemented it and they have eight or nine other VAs that are implementing it.”

The study is being published Tuesday in the Journal of the American Medical Association, or JAMA. People who have an upcoming surgery scheduled might be wise, she says, to learn more about these infections. “What I would recommend is that people talk to their surgeons and ask to be screened for staph aureus, not just the resistant MRSA but all staph aureus, and that their surgeons implement this protocol,” Herwaldt says. You can find the protocol in the JAMA article.