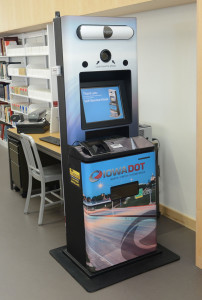 The Iowa DOT has spent nearly $1.5 million installing 24 computer kiosks in libraries and 24-hour retail locations around the state for Iowans to renew their driver’s license.

Iowa DOT director Paul Trombino says 10,000 Iowans renewed their licenses during a two-year trial run with four kiosks. “Iowa DOT’s self-service kiosks were designed with customer security and ease of use in mind,” he says. “They utilize a touch-screen technology to allow the customer to enter their information, include built-in cameras which allow users to update the photo on their driver’s license or ID.”

The kiosks are equipped with facial recognition software.

“The kiosk compares the photo taken during the transaction to the customer’s last image of record to make sure that person is who they say they are,” Trombino says. “The customer is not allowed to complete the transaction unless the image is successfully verified.”

Trombino says the 24 locations were chosen to address access issues, so some are in rural areas, but many are in growing urban areas, like West Des Moines. 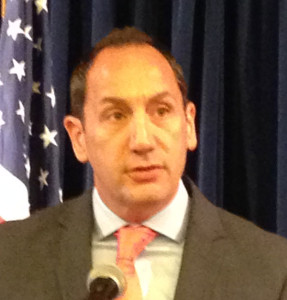 “Eligible Iowans now have another convenient way to renew their card without having to drive to an issuance site, giving them precious time back in their busy day,” Trombino says. “Since the Iowa DOT has instituted renewals both online and through kisoks, congestion has lessened at many of our driver’s license issuance locations.”

The DOT’s website has a map of the locations of the new self-serve licensing stations are located, along with a list of traditional driver’s license renewal sites. Officials say it takes about 10 minutes to renew your driver’s license online or at one of these kiosks. You may also update information on your license if you’ve moved or gotten married.