You are here: Home / Crime / Courts / Dubuque man admits to killing his daughter 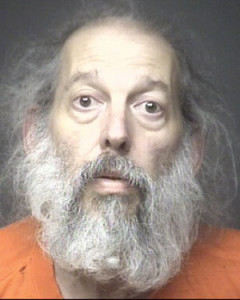 A Dubuque man is behind bars after police say he admitted to the shooting death of his daughter. Dubuque Police say 62-year-old Robert Stern called 911 at 10 a.m. Tuesday and then led responding officers to a bedroom in his home. In the bedroom, officers found 27-year-old Kimberly Stern dead from multiple gunshot wounds.

Police say Robert Stern admitted he shot his daughter, but they are not discussing motive. A neighbor, Meggan Dobson, told KCRG-TV that Stern told her on Monday that he recently learned he has cancer and added that his wife died of cancer late last year.

“I was cutting the grass and he walked up to me, so I stopped the lawn mower, which was weird because he never talks to me ever,” Dobson said. Robert Stern is charged with first-degree murder. Police say Kimberly Stern lived with her father in the home, located at 2155 Clarke Drive near St. Anthony’s Elementary School in Dubuque.