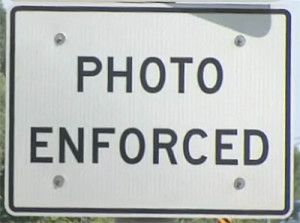 The top two leaders in the legislature say lawmakers should establish statewide standards for traffic enforcement cameras. Sioux City and Cedar Rapids are planning to sue the Iowa Department of Transportation over the DOT’s order that some of the city’s speed cameras be removed.

Republican House Speaker Kaig Paulsen is from Hiawatha, a suburb of Cedar Rapids and he says it is “appropriate” for legislators to establish the rules for cameras that ticket speeders and red-light runners.

“The state provides oversight and boundaries,” Paulsen says. “I mean, it’s the policies that the General Assembly and then, in turn, the Department of Transportation sets that determine the speeds on roads.”

The legislature has considered a variety of proposals over the past few years that would restrict traffic enforcement cameras, but Senate Democratic Leader Mike Gronstal says he’d like to see limits on the amount of money paid to the out-of-state companies that run the camera systems.

“We could probably find some middle ground, but the people that drive it to, ‘Let’s just outlaw these cameras, period,’ that makes it a pretty messy process to get to a compromise,” Gronstal says.

Gronstal is from Council Bluffs and Gronstal says the red-light cameras in his community have dramatically reduced the number of serious crashes that reqire the jaws of life to extract drivers and passengers from wrecked vehicles. The two legislative leaders made their comments today during taping of the “Iowa Press” program that will air Friday night on Iowa Public Television.