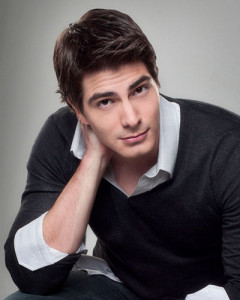 The Iowa-born actor who played the “Man of Steel” in the 2006 movie “Superman Returns” is back in the state for a couple of events this weekend in Des Moines. Brandon Routh will take part in a question and answer session at 1 p.m. today at the State Historical Building and will speak tomorrow over the noon hour at Comic Con at the Iowa Events Center.

The 35-year-old Norwalk native says growing up in Iowa with a supportive family helped him cope with the challenges of Hollywood. “It was a huge thing because Los Angeles and Hollywood present a lot of opportunity for ups and downs,” Routh said, laughing. “There’s a lot of getting knocked down and having to get back up, proving yourself, and telling yourself you’re worthy and you do have talent.”

Today’s event at the Historical Building is open to the public and will include a free screening of “Superman Returns.” Routh said he enjoys working in Hollywood much more now than he did 10 years ago. “While I had an incredible amount of fun and enjoyment shooting Superman, it was also a lot of stress and I didn’t know how to deal with it at the time. So, not every day was amazing,” Routh said. “Whereas now, with all that experience, I’m able to make pretty much everyday on set a lot of fun and really enjoy the process.”

Routh has recently enjoyed playing the role of Ray Palmer and The Atom in the CW TV superhero series “Arrow.” He’ll continue to play the part in the upcoming “Legends of Tomorrow.” Routh believes the CW network will continue to build on the success of Arrow.

“To see how much further the CW can go and the level of effects that we’re doing, it’s very impressive I think for television and we’re really changing the game,” Routh said. “I’m pretty excited to be part of it.” Routh is married to actress Courtney Ford. The couple has a two-and-a-half year old son, Leo.