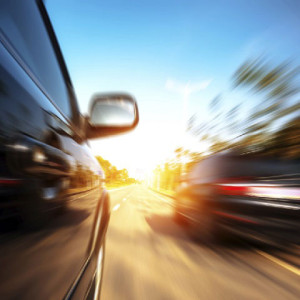 Iowa scores close to the middle of the pack on a new ranking of the states for preventing fatal injuries, which can include everything from car crashes and drug overdoses to dating violence and workplace accidents.

Richard Hamburg, deputy director of the Trust for America’s Health, says one place where Iowa is ahead of the curve is with seat belt safety.

“The state does have a primary seat belt law,” Hamburg says, “so, a police officer can pull somebody off the road specifically for seat belts. States that have those laws, use of seat belts is 9% higher than other states.”

The study found Iowa has the 22nd-lowest serious injury rate in the nation. It shows 54 injuries per 100,000 people in Iowa, while the national average is 58.

Hamburg says there’s plenty of room for the state to improve. “The state does not require ignition interlocks for convicted drunk drivers including first offenders,” Hamburg says. “The state does not require booster seats all the way through to 8 years of age, which is something the Academy of Pediatrics recommends. The state also doesn’t have any restrictions on teen driving after 10 p.m.” He says that last item on teen driving in Iowa is critical.

“Although there are a lot of factors in a graduated license, how long you train, how long between the permit and the full license, who can ride in the car, those sorts of things, we think this one is particularly important,” Hamburg says. “As each hour goes, 10 o’clock, 11, midnight, after midnight, the rates of injuries and deaths increase for teen drivers.” Iowa drivers who are 16 and 17 are involved in seven times as many crashes per mile driven as drivers in their 40s, 50s and 60s. The study was based on a host of criteria, several focused on driving, but others that included: drug overdoses, falls, child abuse, homicides and bicycle helmet laws.

The report called, “The Facts Hurt: A State-By-State Injury Prevention Policy Report,” offers a long list of Iowa-specific data and for all other states. See the full report at: www.healthyamericans.org