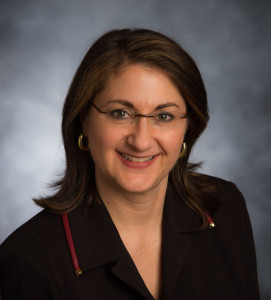 Suzanna de Baca of Planned Parenthood of the Heartland.

The Iowa Supreme Court’s decision today that a rule restricting telemed abortions is unconstitutional provided a dramatic turnaround of emotions from the district court decision that upheld the rule. Planned Parenthood of the Heartland saw the Supreme Court ruling go in its favor.

Suzanna de Baca is the President and CEO of the organization which sued to keep providing the telemed abortions. “Today’s Supreme Court ruling in our view is a major victory for the women of Iowa and for reproductive rights,” de Baca says. She says it is an important win in the overall abortion fight.

“This win is especially significant because the Board of Medicine’s case is part of a very disturbing trend really attacking access to safe and legal abortion for women. And because safe-legal abortion is a constitutional right, we found that trend disturbing,” according to de Bacca. “The fact that we won here says that the Iowa Supreme Court really looked at the evidence, they went beyond any kind of really political motivation and were really thinking about the health of Iowa women.”

Planned Parenthood has done 7,200 telemed abortions since 2008. “The medical evidence that we have certainly suggests, well it shows, that abortion –especially medication abortion — is a very safe procedure. Definitely this ruling I would say proves that in-person or telehealth are equally safe,” de Baca says.

A release sent out by Planned Parenthood says the ruling “sends out a strong and clear message to politicians across the country. Restrictions and bans on abortion are unconstitutional and deeply unpopular, and we will continue to fight them in every state in this country.”

De Baca would only say this about the case’s potential impact outside of Iowa. “Well, it’s difficult to tell what impact the decision will have, because this is very state-specific,” de Baca says. “But it’s a very notable court case, so the decision could certainly hold influence in abortion-related cases around the country.” As for other states, Minnesota has tried some telemed abortion services on a pilot basis and 18 states have passed laws banning the practice.

De Baca says there are no plans at this time to expand on the seven facilities that offer the telemed abortions in Iowa at this time. She was asked about the financial impact to the organization of providing telemed abortions. “I think the one thing that I would say is that we are a nonprofit organization, so our motive is really providing care to our patients –many of whom are low-income or who do not have an ability to pay. So, any claim that we have a profit motive, I think all anyone needs to do is look at our status as a non-profit to really know that that is not top of mind for us,” de Baca says. 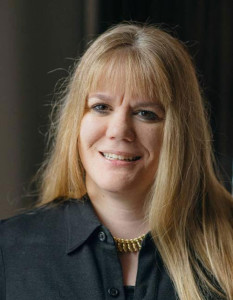 On the other side of the ruling, the Executive Director of Iowa Right to Life, Jennifer Bowen, says they felt the Supreme Court would uphold the ban after winning in the lower court.

“The news was devastating and it did come as a surprise,” Bowen says. “I was hopeful as one of the justices mentioned back in March when they were hearing oral arguments, one of the justices mentioned ‘we are not medical professionals here like the Iowa Board of Medicine, why should we rule against their decision here’?” She went on to say, “Disappointing and devastating would not be an over exaggeration of our feeling today.”

The Supreme Court ruling says telemedicine is being used for many medical procedures now and abortion should not be an exception. Bowen says a telemed abortion is not the same as having a doctor look at your toe, and there are much more serious concerns.

“Some women have lost their lives when they’ve had chemical abortions…and that was when they went into a hospital and other places when they saw a physician. And then when you add the component that these women are not even given the opportunity to meet with a physician at any point unless there is an emergency room visit, there’s huge, significant risks, and that has been well documented,” Bowen says.

She says the ruling is a setback for Iowans. “The decision today in no way safeguarded or protected Iowa women. And for that reason we are just absolutely devastated,” Bowen says. Bowen was asked if this is the final chapter in the fight against telemed abortions.

“It think that there are those who would like us to be done with this issue. But certainly back in 2010 when the then Iowa Board of Medicine ruled against us, we didn’t consider it over and done. We went out and we collected 31,000 signatures on both sides — both pro-lifers and pro-choicers who said ‘I’m not okay with this’ — who maybe didn’t know what webcam abortion was and after they learned, they signed our petition. We are going to keep going out there. We are going to keep going out into the grassroots of Iowa and make sure that Iowans know what is happening.”

Telemed abortions continued while the Supreme Court decided the case.