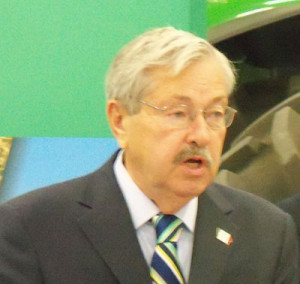 “I was very disappointed in the court decision, and we are going to be reading and reviewing and analyzing that and determining what is the best course of action for us to take,” Branstad says.

The Iowa Supreme Court said a rule created by the Board of Medicine requiring a doctor to be present for telemed abortions placed an undue burden on a woman’s right to terminate a pregnancy and was unconstitutional.

The governor made his remarks during his weekly meeting with reporters.