You are here: Home / Agriculture / State bird flu federal disaster request is only the second of its kind 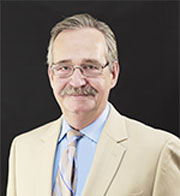 The governor has requested a presidential disaster declaration for four counties hit by the avian flu.

Requesting federal disaster assistance is not new for Iowa when it comes to things like flooding and severe weather — but Patrick Hall with the state Emergency Management Division says this request is very rare.

“It’s only happened one other time in FEMA’s history, and that was the California freeze in 2007,” Hall says. California was given federal support then for all those who lost their jobs when the orange crop froze.

Hall says Iowa is looking for the same things, as the federal disaster declaration would make the state eligible for several programs. “Disaster unemployment assistance, crisis counseling, disaster case management, and disaster legal services,” Hall explains. He says with more than 33 million birds that have had to be destroyed, it is going to have a “dramatic impact” on unemployment.

The federal aid would help those in Iowa who are out of work with the turkey and poultry facilities shut down. “What disaster unemployment assistance will do, it will turn on a program for individuals who are self-employed or employed who have not paid into the state unemployment program.  So, it’s helping that sector of individuals,” Hall explains.

Current numbers show the bird flu disaster has put some 500 people are out of work. Hall says that number is expected to dramatically increase. “By August, the projections utilizing how many producers are impacted by this event, we are looking at roughly around 1,500 individuals that will be unemployed by this event,” Hall says. “And that does not include the individuals who have not paid into the unemployment assistance program.”

Hall says those who have lost their jobs can do one thing to be ready if the federal assistance is granted. “Go to apply for unemployment assistance, even though they have not paid into the state unemployment program. It will get their name in the database for them to start tracking,” Hall says.

The governor has asked that Buena Vista, Sioux, Webster and Wright counties be given the federal disaster declaration.  Hall says there is no way to know how soon the state might hear a decision from federal officials on the designation.

All the members of the Iowa Congressional delegation sent a letter to President Barack Obama lending their support to the governor’s request.