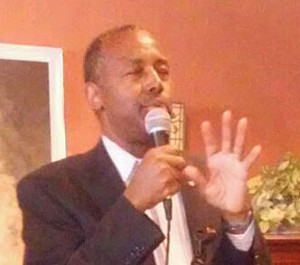 Republican presidential candidate Ben Carson says it may be time to convene a “convention of the states” to impose term limits for members of congress and limit presidents to just one term in office.

“People spend all their time worrying about reelection and not taking care of the duty they’re supposed to do,” Carson says.

Carson, who is campaigning in western Iowa today, says members of the U.S. House and Senate would be allowed to serve just one term — and he’d have that term last eight years, with the option of recall elections every two years.

“And I think the president should have only one term,” Carson says. “Why should you have a president who’s running for (re-election) the minute he gets elected? It makes no sense.”

Carson would like to have that one term for the president last six years. Carson says congress also should be reminded they already have the “oversight” power to impeach federal judges, including justices on the U.S. Supreme Court.

“It is high time that ‘We, the people’ once again assume the pinnacle position,” Carson says. “And this country needs to be run the way we want it run, not the way a bunch of political class wants to run it.”

Until the constitution is changed, Carson says it will take a new, “strong” Republican president to put some “spine” in the Republicans currently serving in congress and elect more Republicans to get things done. Carson made his comments during a question-and-answer session with a big crowd that turned out to see him speak this morning at a café in Sioux Center.

Two other Republican presidential candidates are campaigning in Iowa today. Mike Huckeabee, the winner of Iowa’s 2008 Caucuses, made stops in Decatur City and Corydon this morning. He’ll be in Chariton this afternoon and in Pella this evening. Rick Santorum, the winner of Iowa’s 2012 Caucuses, had weather-related flight delays and will only be able to make one of his planned appearances, this evening, in Glenwood.