You are here: Home / Fires/Accidents/Disasters / Drought worries have gone away as June winds down 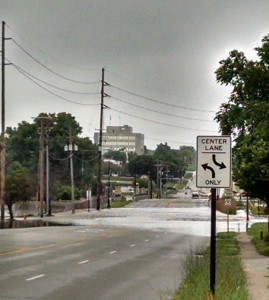 Recent concern that drought conditions might creep back into the state have been washed away by some large rainfalls. Tim Hall of the Iowa Department of Natural Resources says the water picture is much different now than it was in April.

“We were almost an island in the middle of really dry conditions in Nebraska and Kansas and the Dakotas and Minnesota over into Wisconsin,” Hall says. “And there was some fear that those dry conditions would continue to creep into the state.”

Northwest Iowa is the only area of the state that is showing drier than normal conditions right now. “Those areas that are drier than normal are small and still shrinking. There’s just some very minor areas in northwest Iowa that we are watching carefully for long-term water availability,” according to Hall.

Heavy rains last week caused flash flooding and now streamflow conditions are above normal for three quarters of the state. Hall says we could see more of the flash type flooding in the future if things stay wet. “Whether the next rainfall is going to have the same impact of the one we just saw is the fact that the soil moisture is pretty high right now,” Hall explains. “The stream flows can do down — and I expect they will — but if the soils remain pretty wet, and we get another decent rainfall, there’s really no place for that rain to go.”

He says that’s one of the downsides to pulling out of the drought conditions and moving the other way. “One of the things we saw early in this season and into last year — is when the soil is pretty dry and we get a good rainfall, a lot of that rain ends up soaking in. That’s sort of run its course. And if the soil is pretty wet, any rainfall we get is going to show up as runoff,” Hall says. “So, it’s a timing issue of where the streams are, and it’s also a soil moisture issue.”