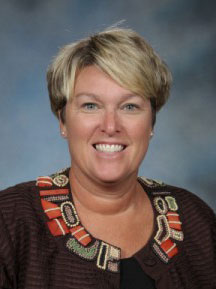 An investigation by the State Auditor’s Office has found a school principal in West Des Moines was responsible for over $11,500 in improper and unsupported disbursements.

“They were identified by school district officials as they were reviewing procurement purchases,” Mosiman says. The audit report covers a period between May of 2012 and March of 2015. Thornton’s resignation from the district, submitted in April, took effect today . Mosiman says the improper disbursements amounted to more than $9,700.

“The $9,700 included a little over $3,800 of inappropriate travel costs, a little over $5,300 of gift cards, and $539 of party supplies,” Mosiman says. The audit shows over $1,700 of unsupported disbursements involving purchases made with district charge cards for which there were no receipts submitted.

Mosiman says Thornton had written checks in 2013 in an effort to repay the district. “She did write two different checks totaling a little over $3,400,” Mosiman says. “So, the total amount nets to just over $8,000.”

The 50-year-old Thornton had been the principal at Western Hills Elementary since July 2007.

“Ms. Thornton denies any wrong doing whatsoever. Ms. Thornton voluntarily resigned from her position as principle in April, effective the end of contract (6/30/15), to pursue other interests. She served many years of exemplary service to West Des School District. Throughout her many years of service Ms. Thornton always conducted herself with the highest degree of integrity and for the benefit of the school children. Noteworthy, the audit does not report any missing funds; all funds are accounted for. At best, this is booking matter.”