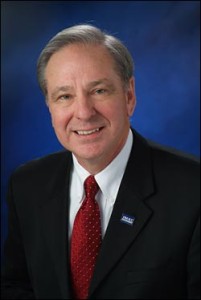 An Iowan was recently named chairperson of the “leadership council” for a nonprofit organization that’s working to expand economic opportunities to more Americans.

“To me, it means a lot. I was honored to be asked. I have participated in many of their summits in Washington, D.C. and I think because of this involvement, we’re going to work with the governor, lieutenant governor and others to continue to do things that are good for Iowans,” Denson said.

According to the organization’s website, Opportunity Nation’s Leadership Council is “a network of more than 100 influential Americans who are leading the conversation about how to revitalize the American Dream and raise awareness about the growing opportunity gap in our country.”

Denson co-founded the group Opportunity Iowa, which has launched several programs – one of which connects teenagers with employers in the summer. “Right now, there are hundreds and hundreds of kids in Iowa who do not have anything to do in the summer. They’re 16, 17, 18 years old and they get three months off to stand on a corner or do nothing,” Denson said. “We think there is a lot of value in having a summer job, earning a little bit of money, and learning what a work ethic is.”