You are here: Home / News / Rand Paul appeals to the ‘Leave Me Alone’ coalition 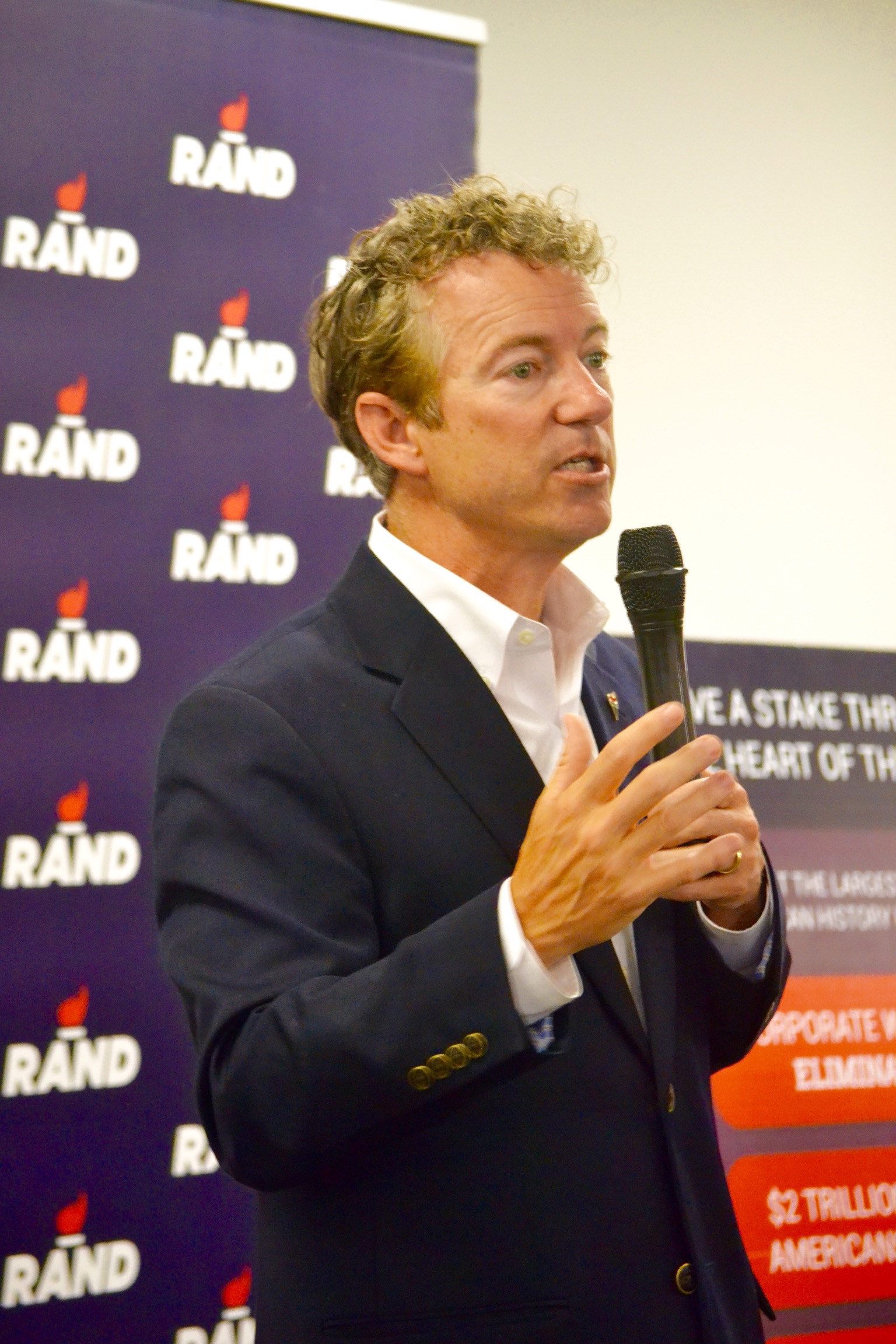 “Is anybody here from the ‘Leave Me Alone’ coalition?” Paul said as he started a 20-minute speech to the crowd. Paul got cheers and applause in response. “Your right to be left alone is one of your most precious rights.”

And Paul argued he’s the Republican candidate with the best appeal to younger Americans who are upset with the government’s mass collection of phone data.

“Our phone records are none of their business,” Paul said, to applause.

Paul said privacy rights are important to the so-called “liberty movement” activists who voted for his father, Ron Paul, in previous presidential races and who helped carry Rand Paul to victory in Kentucky in 2010 and vault him into the top tier of 2016 presidential candidates.

Paul posed for pictures with many in the crowd before he spoke. Geno Carver of Des Moines likes Paul’s Libertarian views.

“You’ll never find a perfect political candidate, but I think he’s as close as I’ve found so far,” Carver said.

John McClain of Des Moines was the first in line for a handshake and a photo with Paul and, while he likes some of Paul’s views, McClain is not ready to commit.