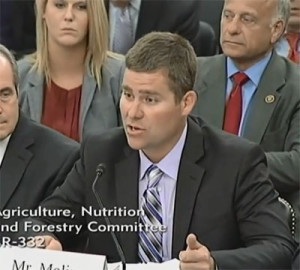 Two Iowans who participated in a U.S. Senate hearing on the bird flu outbreak were critical of the government’s response, but say they believe things are improving.

Brad Moline of Moline Farms in Manson raises turkeys and spoke after the hearing about the problems he saw with the response of the U.S. Department of Agriculture and the Animal Plant Health Inspection Service (APHIS).

“One of the biggest problems we faced in the industry, was not only the devastating loss, economic loss, the emotional toll and loss that we had just dealing with these birds that we worked so hard to raise. But, it was complicated by unclear communication from APHIS and the U.S.D.A. And also complicated by some of their contractors, as well as the cumbersome paperwork,” Moline says. 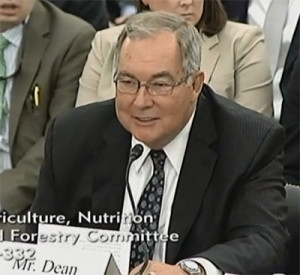 United Egg Producers chairman, James Dean of Sioux Center, agreed that there were problems in communicating with the government.

“I think that this was such a devastating disease for everybody that a lot of people were caught off guard and the systems weren’t in place to deal with the extreme volume of cases that were happening so quickly,” Dean says.

Dean says the issues went beyond the facilities. “It has dramatically impacted not only the egg producers, the turkey growers, but the people of small town Iowa, the communities where it’s impacted all of the ancillary businesses that are involved,” Dean says. “In Sioux Center the community came together and had prayer services for our management team, our company, our employees, our staff and everybody involved. So, we’ve had tremendous support from the community.”

Dean says the hearing was a good way to discuss the issues surrounding the bird flu response. “I hope that we learn from the mistakes that maybe have been made in the past, and we can move forward to help that this disease never develops in this type of magnitude again,” Dean says.

Moline says the lack of communication made the situation worse. “The number one problem was there were contractors hired the government in the area to assist with the depopulation, the composting, the removal of litter and the cleaning and disinfecting areas of this. Many of them weren’t adequately trained by the U.S.D.A. and APHIS to properly communicate what steps needed to be done,” Moline explains.

Moline believes things have gotten better as they’ve talked with federal officials. “We’ve had some new veterinarians and new people from the U.S.D.A. in that have greatly improved the communication levels and helped us streamline some of the paperwork,” according to Moline. “So, I feel very confident moving forward that we can learn and improve from this very bad outbreak.”

Iowa Senators Chuck Grassley and Joni Ernst called for the hearing of the Senate Agriculture Committee.