You are here: Home / News / Changes coming to Powerball this fall 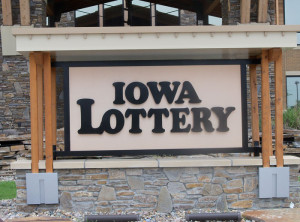 The Powerball game will undergo some changes in October to make it easier to win prizes other than the jackpot.

Iowa Lottery spokesperson, Mary Neubauer, says the updated game involves the number combinations as both sets of numbers in the game are going to change.

Matching all six numbers will still get you the jackpot — and matching five numbers without the Powerball, nets you one million dollars. The other big prize is changing to give you a bigger payoff.

“That third prize that you get for matching the first four numbers and the Powerball has been $10,000 for years and years — and that’s getting a big bump up. It’s going to be $50,000 starting in October,” Neubauer says.

She says they are also now going to offer the 10-X multiplier for prizes below $150,000. Neubauer says the changes are a natural evolution of the game.

“Powerball has been redesigned several times in its 23-year history. I think this latest update will actually be the eighth version of the game in that time,” Neubauer says. She says they are always looking for a balance of the desire to win big jackpots, but also to win other prizes.

Powerball tickets will still cost $2 each and the drawing times remain the same.